“Proper names are never translated” seems to be a rule deeply rooted in many people’s minds. Yet looking at translated texts we find that translators do all sorts of things with proper names: non-translation, non-translation that leads to a different pronunciation in the targetlanguage, transcription or transliteration from non-Latin alphabets, morphological adaptation to the target language, cultural adaptation, substitution, and so on. It is interesting to note, moreover, that translators do not always use the same techniques with all the proper names of a particular text they are translating.

Unlike generic nouns, proper names are mono-referential, but they are by no means mono-functional. Their main function is to identify an individual referent. It has often been claimed that proper names lack descriptive meaning:

“An ordinary personal name is, roughly, a word, used referring, of which the use isnot dictated by any descriptive meaning the word may have. (Strawson 1971: 23)”

In the real world, proper names may be non-descriptive, but they are obviously not non-informative: If we are familiar with the culture in question, a proper name can tell us whether the referent is a female or male person (Alice – Bill), maybe even about their age or their geographical origin within the same language community or from another country, a pet (there are “typical” names for dogs, cats, horses, canaries, etc., like Pussy or Fury), a place (Mount Everest), etc. Such indicators may lead us astray in real life, but they can be assumed to be intentional in fiction.  Titles and forms of address can also be problematic in translation. The translation of proper names has often been considered as a simple automatic process of transference from one language into another, due to the view that proper names are mere labels used to identify a person or a thing. This is exactly what Vendler purports when he writes that “proper names have no meaning (in the sense of ‘sense’ and not of ‘reference’), which is borne out by the fact that they do not require translation into another language” (Vendler1975:117).

In his view, proper names are to be treated as labels, which are attached to persons or objects and the only task of the translator is to carry them over, or transfer them, from the source language text to the target language text.

Basically the same is maintained by Sciarone, who argues, in a much similar vein, that the view that proper names have no meaning (from the point of view of the language system) is corroborated by the general practice of leaving them unchanged in translation (Sciarone 1967:86). It has been shown, however, by authors like Searle (1975) or Strawson (1975) that this view is mistaken: proper names, beyond their identifying function, may also carry ‘senses’. The fallacy of this view thus lies in the incorrectness of the background assumption: not allproper names are mere identifying labels – in fact, most of them turning out to carry meaning of one sort or another. This will entail, then, that the translation of proper names is not a trivial issue but, on the contrary, may involve a rather delicate decision-making process, requiring on the part of the translator careful consideration of the meanings the name has before deciding how best to render it in the target language.

Basically, nouns are classified as common or proper. Common nouns refer to a class of entities (e.g. squirrel), while proper nouns have a unique referent (John, London).

Grammatically, proper nouns behave very much in the same way in the sentence as common nouns. There are, however, well-known co-occurrence restrictions that distinguish them from common nouns. The most important among them are:

All of the above features derive directly from the fact that PNs refer to unique referents. In Randolph was a true Churchill the surname is being used in the sense ‘a member of the Churchill family’, that is, as a common noun.

Whether a given noun is common or proper is not always easy to decide. There are borderline cases that could be classified either way. Also, a given noun may change category depending on how it is used. For instance, a common noun referring to a given landscape feature may turn into a proper noun with a uniquereferent. Examples include names such as Saari ‘island’, Kymi ‘large river’ etc.

Personal proper names used metaphorically may turn into common names: He thinks he is a Napoleon. On the other hand, surnames such as Smith, Fletcherand Seppä ‘smith’ have their origin in the trade of the first bearer or rather that of the father of the first bearer. Proper names (used here interchangeably with the expression ‘proper nouns’) can be dealt with in a number of ways in translations. First, a PN can be transported wholesale from the target text (allowance being made for possible transliteration or transcription depending on the languages concerned). Second, it can be partly transported from the source language (SL) and partly translated. Thirdly, it can be replaced with more or less different names in the target language (TL). Finally, it can be dispensed with altogether.

In a relevance-theoretic framework, the meaning of a concept is made up of a truth-functional logical entry, which may be empty, partially filled or fully definitional and an encyclopaedic entry, containing various kinds of (propositional and non-propositional) representational information about the denotation and, as I understand it, possible connotations of the concept (e.g., cultural or personal beliefs), stored in memory. The concept may also be associated with a lexicalentry, which contains linguistic (phonological, morphological, semantic and categorial) information about the natural language item related to it (Sperber and Wilson 1986:83–93). The three different types of information (lexical, logical and encyclopedic) are stored in different places in memory. It is suggested that the content of an assumption, defined as a structured set of concepts, is the function of the logical entries of the concepts that it contains and the context in which it is processed is, at least partly, drawn from the encyclopedic entries of these concepts (Sperber and Wilson 1986:89).

Prototypical proper names (that is, names without a descriptive content) are handled by associating with them empty logical entries. In other (less prototypical) cases a name may also have a logical entry (or, in the case of a composite name, it may include several logical entries which combine to make up the logical content of the name) which is partly or fully definitional (Sperber and Wilson 1986:91–2). Thus proper names seem to be not essentially unlike any other kinds of expression in terms of the structure of their meaning. Rather, what we find here is a continuum of various sorts of proper names. At one end of the scale we find the most prototypical names, proper nouns, which supposedly lack any logical content but may carry several assumptions in their encyclopedic entries. At the other extreme we have composite names, which are no different in terms of logical content from any ordinary phrasal expression. What makes them names, eventually, is that they are used as such in the given context. Names of countries seldom pose a problem to the translator. There are lists of the official names of countries in Persian and English that should be consulted. In a few cases, variation does occur depending on the degree of formality involved. The basic rule concerning personal names is that they are left untranslated. In some cases, transliteration or transcription may be needed depending on the language. There are however, exceptions to this basic rule. A trivial one is that in certain languages (Chinese and Japanese, for instance) the order of a person’s first and last name is the opposite to the most common Western order of first name + last name. In Europe, Hungarian last names come before first names. Names of musicals, operas and ballets are sometimes retained in translation. My Fair Lady,West Side Story and Così fan tutte are known all over the world by the original names, a notable exception being Russia, where only translated name are used. Names of international organizations normally have translation equivalents in the member countries. Looking at the number of translation errors actually occurring in texts, a more frequent problem is that of the translator not paying attention to transliteration rules.

In spite of the “translation rule” quoted above, there are no rules for the translation of proper names. In non-fictional texts, it seems to be a convention to use the target-culture eponyms of a source-culture name, if there is one, but if a translator prefers to use the source-culture form, nobody will mind as long as it is clear what place the name refers to. Perhaps the audience will think that the translator is showing off her knowledge too much. Wherever the function of the proper name is limited to identifying an individual referent, the main criterion for translation will be to make this identifying function work for the target audience.

In fiction, things are not quite as simple as that. We have assumed that in fictional texts there is no name that has no informative function at all, however subtle it may be. If this information is explicit, as in a descriptive name, it can be translated – although a translation may interfere with the function of culture marker. If the information is implicit, however, or if the marker function has priority over the informative function of the proper name, this aspect will be lost in the translation, unless the translator decides to compensate for the loss by providing the information in the context. Of course, there are proper names that exist in the same form both in the source and the target culture.

Names of towns, municipalities and villages are examples of settlement names. There is no problem with names of relatively unimportant settlements that are carried over unchanged in translation. The town of Rauma does not change its name, nor does London, Ontario. With smaller places, however, a gloss is often in place to give the reader an indication of the type of place concerned. To sum up, PNs can be treated in a number of ways in translation:

Thank you for sharing: 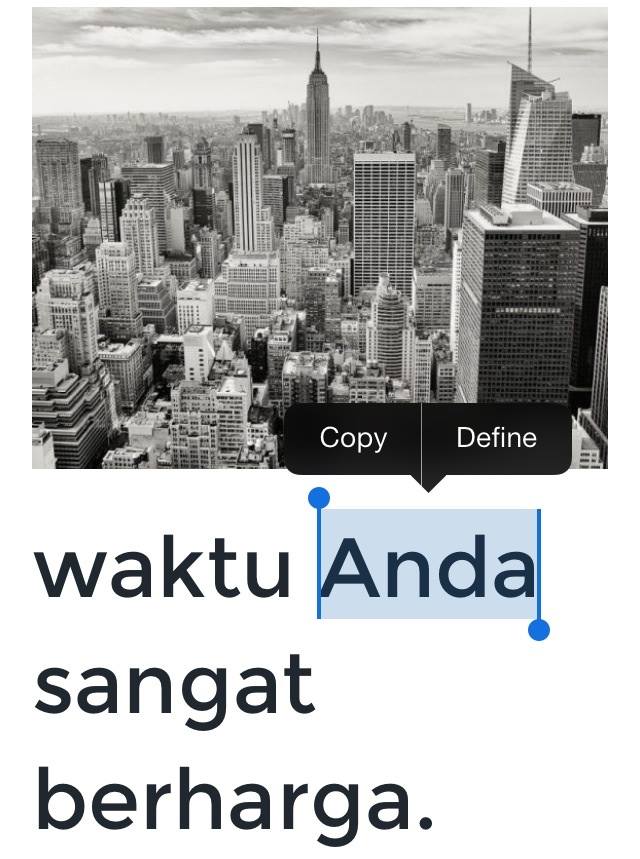 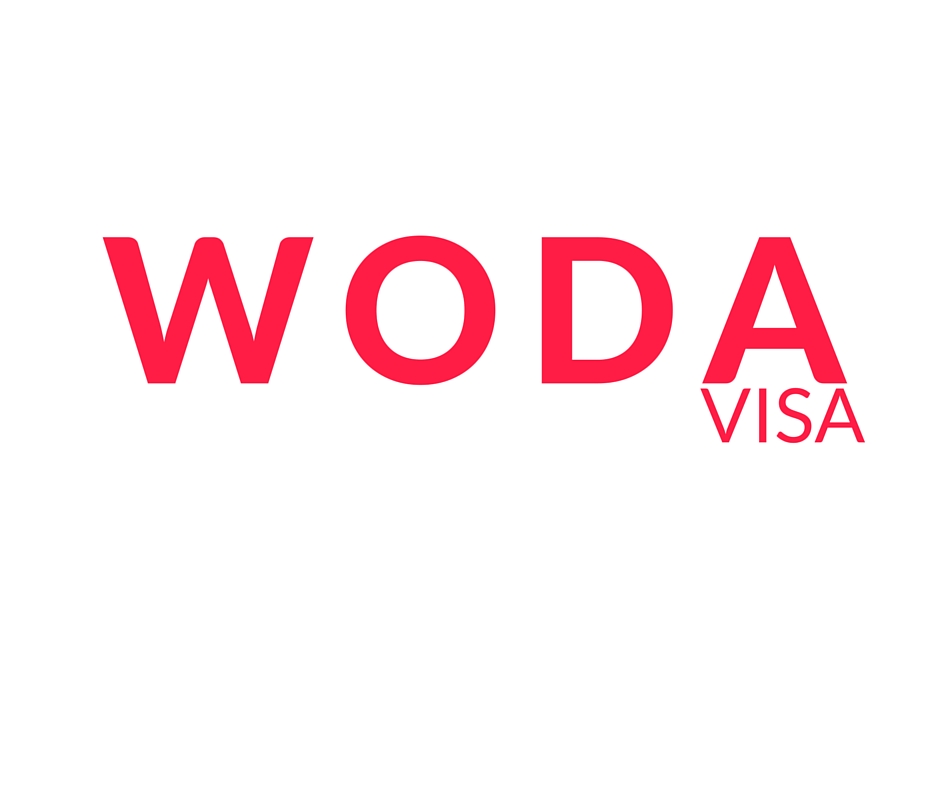